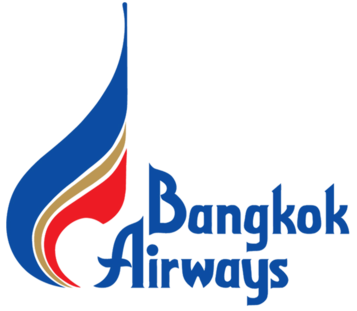 Bangkok Airways, widely known as Asia’s Boutique Airline is Thailand’s first private airline. Established in 1968, they began operations under the name Sahakol Air, the airline has been providing excellent services to all of its passengers since then.

Bangkok Airways officially started its operations in 1986 making it the country’s first privately-owned domestic airline. Over 30 years after its introduction, it is still regarded as the most trust worthy, credible, trendy, modern and safe airline in Thailand. In 2015, The International Air Transport Association Operational Safety Audit (IOSA) has certified Bangkok Airways safety to be of international standard. The airline company manages, operates and owns three airports in Samui, Trat and Sukhothai which has not only expanded the future business possibilities for the company but has also provided the country with more air transportation hubs which has helped to decrease the increasing air traffic.

Blue Ribbon Club Lounges serve passengers travelling in the business class, high tiered FlyerBonus Premier Members and passengers flying with Boutique Premiere Service. This service is different from other First Class and Economy Class Lounges not just in terms of atmosphere, design and scale but it offers personalized services and, greater attention to the flyer’s needs and other additional services such as hot meals, shower facilities, massage parlor, library and personal meeting rooms which offers a more private space for the passengers to relish. These lounges can be found adjacent to Bangkok Airway’s standard Boutique Lounges.

TRAILBLAZING
Bangkok Airways has defined six main points that they believe helps this air-transport service provider distinguish from its competitors. They believe that providing full service in categories such as boutique lounges, boutique airports, exclusive service, tempting menu and colorful aircrafts will aid the airline company to not only win business but also to achieve their long-term goal of being felicitated as the best regional airline in Asia.

​Safety is the airline’s core concern; they vouch to never compromise passengers, partners and employees safety. Bangkok Airways commits to maximizing shareholder’s return on investment (ROI); adopt systems and procedures to enhance corporate accountability and transparency; and to protect the environment by means possible. Bangkok Airways Public Company Limited signed the United for Wildlife Transport Industry Declaration supported by IATA which aims to raise awareness to stop wildlife trade and educate passengers, stakeholders about the consequences of illegal wildlife trading. The company acknowledges it responsibility towards the society, community and the environment.