Incorporated on 16th of May, 1983 as ‘Ban Pu Coal Company Limited’, Banpu Public Company has grown into one of the energy leaders in the Asia-Pacific region.

TRIUMPH OF CELEBRATION
The organization has been recognized many a times for its sustainable practices, safety standards and steps towards community development in China, Indonesia and Thailand. Some of the awards the company has been felicitated with are as follows; Outstanding Award for Safety, Occupational Health and Working Environment from the Department of Labor Protection and Welfare, Ministry of Labor in 2007, 2008 and 2009; and more.

BANPU’s expertise lies in open-pit and underground coal mining operations. With an extensive expertise in the power businesses, the company aims to establish sustainable power generation, including the development of Smart Energy Solution to enhance future energy security.

BANPU, to its advantage has over the years developed a sophisticated and professional human resource development program and management system which ensures that the future does not destabilize what the company as accomplished till date. The main objective of this program is to ensure that the workforce is motivated, shares a common core value, increases points of interaction between employees, promotes innovation and accelerates improvement among others.

​BANPU believes that an industry is only as strong as it is responsible towards the society and the environment it works in. The company’s Renewable Based Power Plant is the business that contributes to making BANPU a low carbon emitting society.

​BRAND FACT
• Incorporated on 16th of May, 1983, Banpu Public Company has grown into one of the energy leaders in the Asia-Pacific  region.
• BANPU was listed in the Stock Ex change of Thailand on the 4th of May, 1989 and was later turned into a public limited company.

MASTER STROKE
• The goal of company is to increase electricity generation from renewable resources by 20% until 2025.
• It has invested in solar power projects in China and Japan. 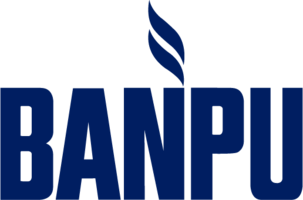